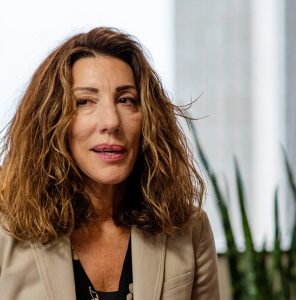 “I like that feeling when everyone is satisfied with the process—especially kids—when they think they were treated fairly…it makes such a difference.” -Amy Karozos, State Public Defender / photo by Josh Hicks

The justices of the Supreme Court, after a four-month selection process, chose Amy Karozos to serve a four-year term as State Public Defender. She has assumed the role, well-attuned to the legacy and importance of public defense in Indiana. Karozos is a graduate of the Indiana University McKinney School of Law. She was a Project Director for the Indiana Public Defender Council and most recently worked as a Marion County Juvenile Court public defender.