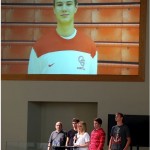 Sam Motsay’s place as forward on the Center Grove junior varsity basketball team was on the line.

Friends say he wanted to dip into the world of LSD, a drug of 1970s fame that users say bathes reality in a rainbow of colorful hallucinations.

But Motsay didn’t want to jeopardize getting caught or worse — getting kicked off his team. Like every student athlete, new driver, or prom-goer at his school, he faced the possibility of a drug test each day.

Police say the 16-year-old sophomore took the chance anyway one night in May and was found dead hours later next to blotter paper soaked with a synthetic drug called “N-Bomb,” often marketed as LSD.