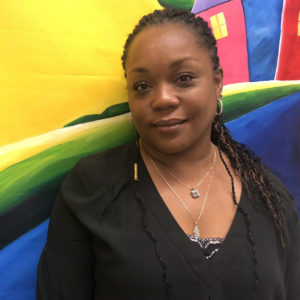 Latosha Poston says she made a lot of mistakes in her life. Her legal troubles began in her teens after her first child was born in Indianpolis. Over the years, bad decisions led to some arrests, some convictions.

“Sometimes we get stuck in our past and let our past guide us,” she says.

The 44-year-old has worked hard to straighten out her life. But her criminal record — all involving misdemeanors — continued to haunt her as she tried to find a decent job and place to live.

Then, while watching local news, she heard about Indiana’s Second Chance law, passed in 2013. It allows people to petition to remove their misdemeanor convictions and arrests from public view.

Indiana is among several states to change their approach to the restoration of a person’s rights and status after an arrest or conviction. In the last two years more than 20 states have expanded or added laws to help people move on from their criminal records — most involve misdemeanors. Marijuana legalization and decriminalization have played a big role driving these reforms. Fairness is another factor, with lawmakers from both parties rethinking the long-term consequences of certain criminal records, as well as the economic impact of mass incarceration.