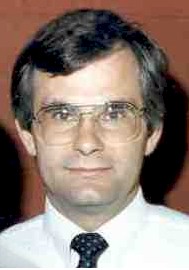 The United States Probation Office for the Southern District of Indiana has been dedicated to the memory of U.S. Probation Officer Thomas E. Gahl, who was the first U.S. Probation Officer killed in the line of duty by a parolee. Tom was killed on September 22, 1986, by Michael Wayne Jackson, who had a life-long history of mental illness and random acts of violence. Being pursued after a lengthy crime spree, which included two other murders and several kidnappings, Jackson ended his own life.

Tom took the oath of office as a U.S. Probation Officer on March 14, 1975, after working in the Indiana State Penitentiary, Michigan City, and the U.S. Penitentiary, Terre Haute, Indiana. He was honorably discharged from the Marine Corps as a 1st Lieutenant. He obtained a bachelor’s degree from Augustana College, Rock Island, Illinois, and a master’s degree from Indiana State University, Terre Haute, Indiana. During his 11 years as a U.S. Probation Officer, Tom was known as a fair, well-mannered professional who treated everyone equally. He also enjoyed socializing with his colleagues at baseball games over a beer.

Above all, Tom was a dedicated father and husband who enjoyed a full and contented family life with his wife, Nancy, and sons, Christopher and Nicholas. By dedicating the U.S. Probation Office for the Southern District of Indiana to Thomas E. Gahl, we desire to perpetuate his memory — his many significant contributions to the work of this office, his genial personality and exemplary character — and to express again, in a more permanent way, our deep and lasting affection for him.