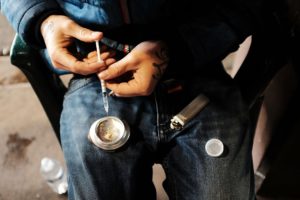 Efforts to fight the epidemic must focus on more than just the availability of certain drugs, the researchers say.

The current opioid overdose crisis is actually part of a 40-year trend that is still headed upward, and current efforts to fight it may not be anywhere near enough, researchers said Thursday.

It started before the availability of synthetic opioids, and may have only a little to do with the prescribing habits of doctors or the pushy habits of drugmakers, the team at the University of Pittsburgh found.

“The opioid crisis may be part of a larger, longer-term process,” the team wrote in their report, published in the journal Science.

“The epidemic of drug overdoses in the United States has been inexorably tracking along an exponential growth curve since at least 1979, well before the surge in opioid prescribing in the mid-1990s.”