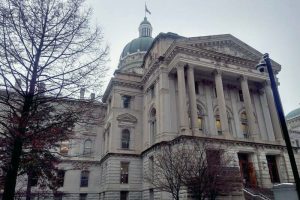 A package of bills proposed by Republican senators in efforts to curb crime in Marion County were met with some opposition during a committee hearing.

The bills were unveiled last month, and the Senate Corrections and Criminal Law Committee heard testimony Tuesday. More than 20 people signed up to speak at the hearing, including members of law enforcement and the community. A significant amount of the testimony centered around two bills – Senate Bill 6 and Senate Bill 8 – that would make changes to the bail system.

The legislation comes after Indianapolis saw another record-breaking year for homicides, with 271 people killed in 2021.

Senate Bill 6 aims to tighten bail rules for those charged with violent crimes. If passed, defendants charged with violent crimes would not be able to solicit help from bail bond companies unless their bail was higher than the minimum bail amount. If their bail is at or under that amount, they would be responsible for paying 100% of the bail themselves and may only seek financial help from a close relative.