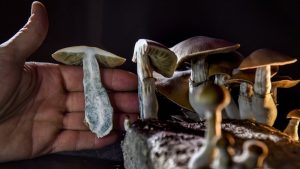 In states across the country, voters sent a clear message they wanted restrictions on recreational drug use eased. On Tuesday, residents of Arizona, Montana, New Jersey and South Dakota voted to join the ranks of 11 other states that have done so.

In 2012, Colorado and Washington made the leap to legalize marijuana for recreational use. Colorado has collected $1.23 billion in marijuana taxes and fees since 2014, including more than $302 million last year alone. Washington eclipsed Colorado that same year, collecting $395.5 million.

Oregon, which legalized marijuana for recreational use in 2014, went a step further Tuesday and voted to decriminalize illicit drugs. Measure 110 makes the possession of small quantities of cocaine, heroin, methamphetamines and other drugs a civil violation subject to a $100 fine, but no jail time. However, the measure does not go so far as to decriminalize the manufacture or sale of drugs.