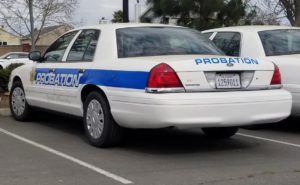 The nation’s probation and parole systems, usually grouped under the category of Community Supervision, were designed to help people navigate the transition from prison back to civilian life—and become productive, law-abiding citizens.

But they are more likely to make things worse for individuals—and by extension for their families and communities—say experts who believe it’s time for the U.S. to adopt a radically different approach that treats ex-inmates with the dignity they deserve as returning citizens.

“It’s now over 4.5 million people. Larger than everybody who’s in jail and prison combined.”

In addition, according to research gathered in a joint effort by both Pew Charitable Trusts and the Laura and John Arnold Foundation (now Arnold Ventures), nearly a third of the roughly 2.3 million people on probation every year fail to successfully complete their supervision and wind up back in prison again, often not even for committing new crimes.

“In 2016, 350,000 people who were on probation and parole were sent to prison or jail for minor infractions or some type of rule violation,” said Utada.

Instead of helping people start over, it’s a “revolving door that actually denies (former offenders) the ability to reenter the workforce, to get stable housing, or to provide for their families,” she added.

All said state policymakers had generally failed to address the flaws in the community supervision system.

The problem is exemplified by states like Pennsylvania, where a 2017 report by the Council of State Governments Justice Center found that roughly one-third of prisoners in the state are in prison for probation or parole violations.

In New York, a 2018 report from the Columbia University Justice Lab found that, while the number of people imprisoned has dropped by 21 percent, the population being held for technical parole violations, such as missing an appointment with a parole officer, associating with people with felony records, or failing a drug test, has increased by 15 percent.

The current system of probation and parole used in the U.S. is an ineffective waste of criminal justice resources and a driver of incarceration rather than an alternative to it, the speakers said.

And while some may seek to blame these numbers on some sort of animus on the part of those handling the cases, Schiraldi maintains that the culprit is due more to under funding and bureaucratic apathy than anything truly sinister.