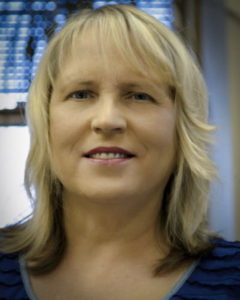 Criminal defendants who don’t show up for a court hearing may find themselves in a bad place — jail — if a judge orders them arrested for failure to appear.

This happens all the time. It can be a life-altering event for the person who gets arrested, who is held without bond, sometimes for days, until they come before a judge. And it’s costly for taxpayers who fund overcrowded jails.

But these kinds of arrest warrants are being served less frequently than in the past, thanks to a new program that taps into the reality that just about everyone is reachable, all the time, on their cellphones.

Thirty-three Indiana counties, including Owen and Morgan, been notifying defendants via text messages, sending one five days in advance, and again the day before the scheduled hearing.

Since the free program started in May, participating trial courts have sent more than 135,000 text message reminders to criminal defendants regarding mandatory hearings in their cases.

They are sent automatically through the state courts’ computer system, called Odyssey, to defendants whose cellphone numbers are in the system.

“The initiative is aimed at reducing the number of people who fail to appear in court, which can result in an arrest warrant being issued,” a news release from the state said. “Evidence shows reminders can be effective in reducing costly failure to appear rates.”

Owen County signed up to be part of the pilot program at the start. Court reporter Chelsea Hornaday explained that the text-message alert system requires no extra time or work from the court staff. “We just make sure we get a cellphone number at their initial hearing and put it in the person’s file,” she said.

Once that happens, the reminders are generated by the state. Defendants can still keep up with hearings by checking the status of their cases through the online court docket, and by opening notices mailed to their homes.

People can opt out of the message reminder system, which is offered as a courtesy, and are not required to participate.

Monroe County’s probation department is in its second year of using that system, which sends text messages and also calls defendants to remind them where they need to be and when. There is a cost attached — about one cent per notification —but probation department director Linda Brady hails its benefits since messages can be customized, calling it “more robust and flexible.”

She said statistics on local pretrial hearing appearance rates before her department implemented the texting system aren’t available. But she knows it helps ensure that people charged with crimes show up as their cases progress through the system, sometimes taking years.

Data from the end of May shows that 92.4 percent of Monroe County defendants were showing up for their hearings, most held in courtrooms on the second level of the Charlotte Zietlow Justice Center.