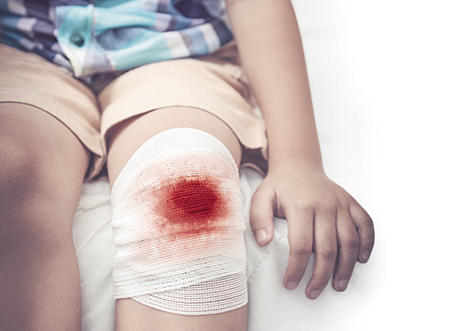 It’s not uncommon for the Indiana Department of Child Services to hear it doesn’t have enough evidence to support its child welfare cases. Children in need of services cases that enter the court often leave shredded by judges for lack of a sufficient reasoning as to why they came before the bench without enough evidence to back up the claims.

The majority of Indiana CHINS cases align with Indiana’s definition of neglect, which has fallen under recent scrutiny by state officials. In June, the Child Welfare Policy and Practice Group presented a lengthy list of data and findings after Gov. Eric Holcomb asked for a study to be conducted into DCS earlier this year.

One of those recommendations suggested Indiana should re-examine its “broad and unqualified” statute of neglect, Indiana Code section 35-46-1-4. The study pointed out that although Indiana’s definition isn’t unusual, it does not explicitly limit welfare cases of neglect to exclude “poverty or occasional inattention or lapses in judgment” like neighboring states do.

The study also found Indiana child welfare cases saw a 63 percent increase in the past five years. That number is exceedingly high compared to surrounding states and national figures.

The study also noted Indiana’s rate of court involvement in those cases were even higher, and unusually so – 72 percent of Hoosier child victims have been involved in a court case, compared to 29 percent nationwide.

DCS critics fear the current definition might bring more child welfare cases than necessary into a system that’s already buckling under a heavy load. In 2017, 77 percent of Hoosier kids placed in foster care were removed due to neglect, according to the CWG study.

With a broad statute in place and a recommendation to narrow its language, one central question remains unanswered: what is the appropriate definition of “neglect” that should qualify for a CHINS finding?