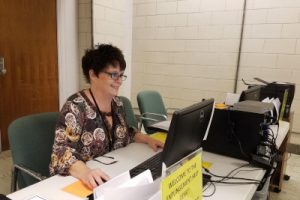 When Jade was a sophomore in college, they were arrested and charged with a DUI. They hid their arrest from friends out of shame, and have tried to hide it from employers as well — so we’ve agreed to use just their middle name for this story.

“The day that I had court, I was like, ‘I have to get this off my record,’” they recalled. “The fact that you have a record, there are places that will definitely not hire you.”

Jade saw those effects almost right away. They applied for a summer job, but their background check took until the end of July to clear. They ended up taking a lower-paying position and making less headway on their student loans. Then, their graduate school admission was put on hold for extra review once their DUI came to light.

The thought of missing out on graduate school due to a criminal record put Jade in an emotional tailspin.

“It was very heartbreaking, honestly,” they recalled. “I spent hours crying, because — I’m a first generation college student. So even going to college was a super big deal. And then, to find out that the one thing that I’ve been working my entire collegiate career towards might not actually happen was just horrifying.”

While concrete numbers are hard to pin down, researchers estimate that one in seven Americans has a misdemeanor on their criminal record, amounting to around 45 million people. Another 19 to 24 million people have felony convictions, though some overlap between those two groups is possible.

For many Hoosiers with a criminal record, there is another option: filing for an expungement through Indiana’s “second chance” law.