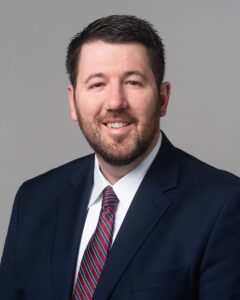 “Derek Molter is devoted to the cause of justice and maintaining the integrity of our justice system,” Gov. Holcomb said. “He’s proven during his lengthy legal career and his tenure on the Indiana Court of Appeals his dedication to the critical role the judiciary plays in our system of government and the future of our state.”

Judge Molter was appointed to the Court of Appeals by Gov. Holcomb and began his service on Oct. 1, 2021.

“Derek Molter is a thoughtful and even-tempered judge,” Chief Justice Loretta Rush said. “From Newton County farming roots to pro bono work to Washington D.C. law firm experience, Derek brings a unique skill set that will be a lasting credit to the Indiana Supreme Court. It is a pleasure to welcome soon-to-be Justice Derek Molter.”

During his time on the Court of Appeals, Judge Molter has remained active as an officer in the Appellate Section of the Indiana State Bar, including recently leading an effort to organize an all-day continuing legal education seminar regarding state constitutional law.

Before joining the Court of Appeals, Molter was a partner at Ice Miller in Indianapolis and prior to that he was an attorney in Washington D.C. at Arnold & Porter LLP. Judge Molter became one of the most distinguished appellate lawyers in Indiana. He has appeared before the Indiana Court of Appeals, the Indiana Supreme Court, and numerous federal trial and appellate courts. He has played a key role in appellate preservation in many trials that reached jury verdicts and appeals.

“While I will miss working each day alongside my extraordinary colleagues on the Court of Appeals, I’m grateful for this opportunity to serve on the Supreme Court and honored to have been considered alongside two of Indiana’s finest public servants, Judge Dana Kenworthy and Justin Forkner,” Judge Derek Molter said.

Following graduation, Molter served as a judicial law clerk for the Honorable Theresa L. Springmann, a United States District Court Judge for the Northern District of Indiana. He then practiced at Arnold & Porter Kaye Scholer LLP in Washington D.C.

Judge Molter continues to give back to his community. He recently partnered with Appellate Judge Leanna Weissmann and the State Bar to organize a collection effort to provide necessary supplies to Afghan evacuees at Camp Atterbury. Since 2011, he has helped administer a leadership fund that provides scholarships to students at his alma mater, South Newton High School. Judge Molter  lives in Indianapolis with his wife Katie, an attorney, and his three children.