In July 2020, Dr. Edward Latessa retired from the School of Criminal Justice at the University of Cincinnati. Although he remains the Director of the University of Cincinnati Corrections Institute (UCCI), we wanted to take a moment to highlight some of his many achievements. The following was written by one of our Research Fellows who has worked with Ed for the past 25 years. 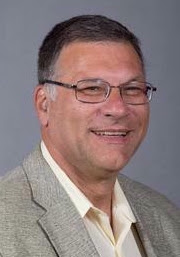 Affectionately called “Eddie” by his family, Ed Latessa was born and raised in Youngstown, Ohio. Ed would often say that growing up in Youngstown made him appreciate how he could have easily ended up on the other side of the criminal justice system. Ed credits his Uncle Tom for his academic success, remarking that he would never have graduated college, much less earned a doctorate from the Ohio State University, without his involvement.

Ed left Ohio for only a short time when he worked as an Assistant Professor in the Criminal Justice Department at the University of Alabama, Birmingham. After just one year, he returned to work at the University of Cincinnati in 1980. Within five years he became the Chair of the School of Criminal Justice, a position he held for the next 35 years. The program grew in size and reputation under Ed’s leadership. For example, the criminal justice doctoral program became one of the top 3 programs in the country. At the time of his retirement, the School of Criminal Justice includes 24 award winning full-time faculty and over 40 professional staff working in the centers supported by their external funds. At every step in his career, Ed had a tremendous impact on the field of corrections. And while his publication record alone makes him a giant in the field (with over 10,000 citations!), his true legacy lasts with his commitment to correctional agencies.

Ed started his career during a time when the American correctional system moved towards a punitive philosophy. He knew that these policies were destined to fail and spent his career imploring agencies to abandon practices that were not empirically based, or what he fondly refers to as “horseshit.” His voice found traction on a national stage through his work with the National Institute of Corrections (NIC) in the late 1990s. The NIC hosted a series of trainings for correctional professionals in an effort to translate “best practices” to the field. These trainings included a number of speakers but it was Ed style and humor that made people pay attention.

A gifted public speaker, Ed spent many years traveling across the country, and eventually the world. His desire to improve the correctional system has been unwavering as continues assisting agencies with implementing best practices. Today, there are few correctional systems in this country that have not felt the direct engagement of Ed. As a result, he has been referred to as a pioneer, a founding father, and a force to be reckoned with.

Ed’s impact on the field came into full display during his recent retirement celebration. The virtual celebration, hosted by faculty from the School of Criminal Justice, included an array of speakers from agencies and universities across the country. Many of us watched with adoration as our mentor, colleague, and friend received a number of well-deserved accolades. The collaborative nature of Ed’s work was apparent as administrators and staff discussed the ways in which he impacted their agencies and careers. In reflecting on this ceremony, it is clear that Ed has had a wildly successful career. It is also clear that people appreciate Ed because of his dedication to pursuing a more just and humane criminal justice system. But perhaps what is most important, is that people appreciate and love Ed because of his authenticity. Ed genuinely cares about people and as one speaker so aptly stated “he is everything he appears to be.” Kudos to our director and all that he has accomplished!